Juliet has a Ph.D. in Dance History and Theory from the University of California at Riverside and a B.A. in Women’s Studies from Harvard University. She is currently an Associate Professor in the Dance Program at the University of Washington in Seattle. 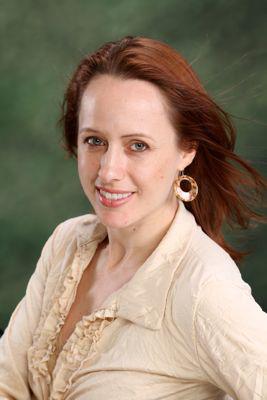 Juliet was first introduced to mambo in college when she became an avid competitive ballroom dancer, although this ballroom version of mambo bore little resemblance to that danced at the Palladium Ballroom. Her background in theatrical dance (ballet, jazz, modern) abetted a successful career as a competitive ballroom dancer, including two U.S. National Rising Star finalist titles. It was not, however, until she moved to Los Angeles in 1997 where the salsa dance boom was in full force that she began to fall in love with Latin music and the improvisational possibilities it invited for the dancer. Juliet has been a salsa addict since her first night at LA’s Club Mayan, regularly dancing and teaching social salsa ever since. Her first love was LA style salsa, although she became a New York style convert while living in Orlando from 2001–2006. She has also traveled to Cuba to study Cuban son, danzón, rumba, and Yorban folklore.

As a salsa dance teacher, Juliet incorporates history lessons into her technique classes, educating students about the history of salsa music and dance, tracing both back to the Mambo Era. She is also proud to incorporate live music into her salsa classes. Juliet also teaches courses in tango, swing, and ballroom dance as well as academic courses in cross-cultural dance studies, dance ethnography, and dance research methods.