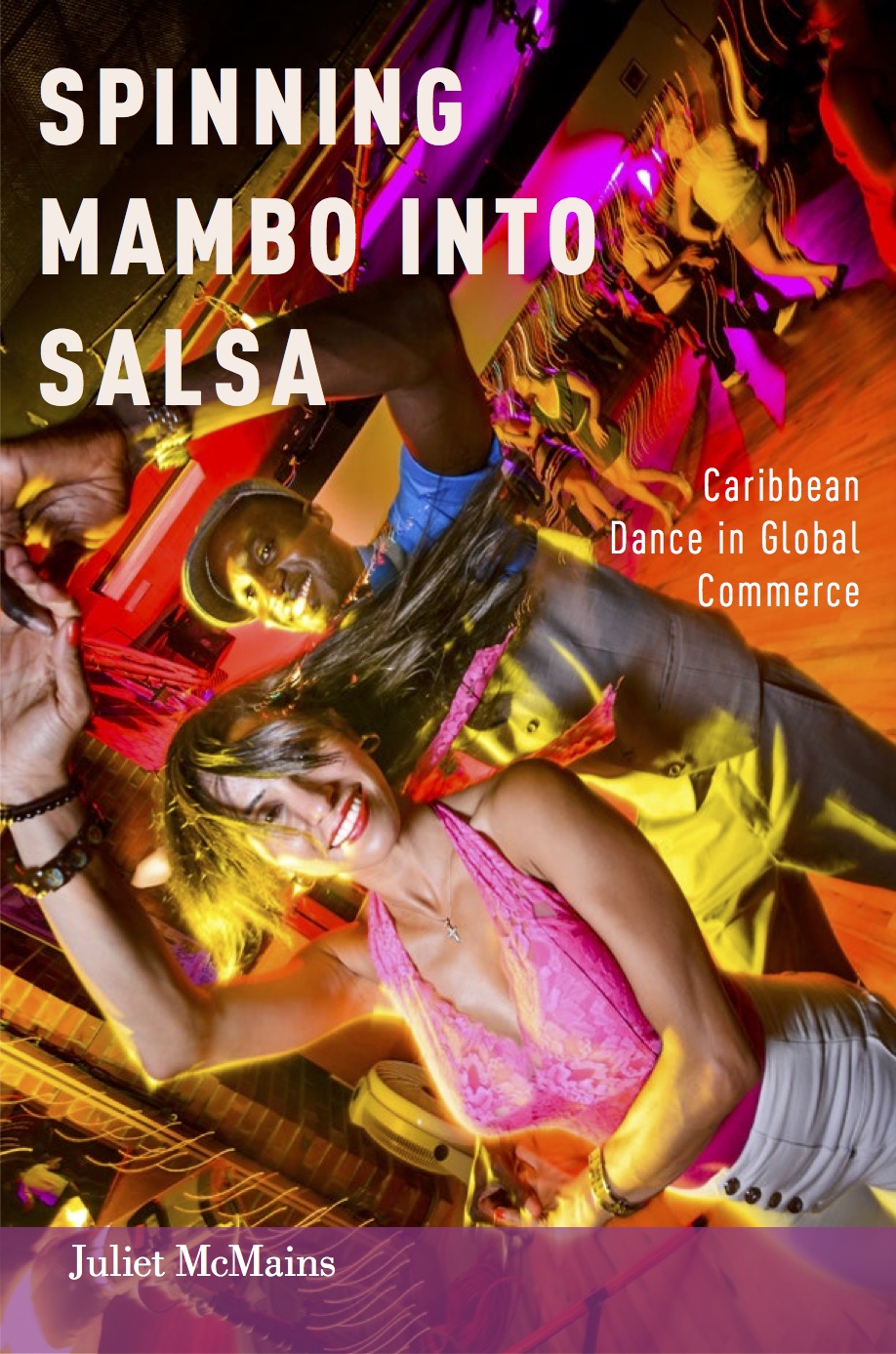 Genesis of the Project

Trained as both a dancer and a dance historian, Juliet McMains began teaching salsa at the university level in 1998 and was frustrated for many years by the lack of written resources on salsa dance history to assign in her classes. In 2006, with her first book at the press, she turned her attention to helping fill this void. Juliet embarked on an extensive oral history project to document salsa and mambo dance history, focusing on Los Angeles, Miami, San Juan, and New York. In 2015, her efforts culminated in publication of Spinning Mambo into Salsa: Caribbean Dance, Commerce, and Culture (Oxford University Press), a history that is based on over 100 interviews, archival research, and ethnography. Because Juliet found the Palladium Era dancers she met during her research had such compelling stories to share, a central focus of the book explores the evolution of Palladium Era mambo into modern salsa. Much of the information included on this website is culled from the interviews with Palladium Era mambo dancers who were gracious enough to share their memories.

Although the seeds of mambo music were planted in Cuba where composers Orestes and Israel “Cachao” López, Arsenio Rodríguez, Pérez Prado first began hybridizing Cuban son and danzón with American jazz; it was in New York where mambo music matured and achieved international celebrity. Likewise, mambo dancing is deeply indebted to earlier Cuban dance traditions, especially the Cuban son and rumba. It was, however, in New York’s multicultural dance halls where these dances combined with American swing, Puerto Rican bomba, and other Caribbean sensibilities to give birth to mambo dancing.

The history of Latin music during the Mambo Era has been documented by several scholars (see additional resources), but very little has been recorded about mambo dancers of the period. Only two short films of the period are widely available (Mambo Madness, Mura Dehn’s The Spirit Moves), and written histories that do mention the dancers of the era are incomplete and often exaggerate the contributions of individual artists while diminishing the legacy of others. The goal of this website is to create a resource where the contributions of all Palladium Era mambo dancers can be celebrated and shared. If you have additional information about Palladium Era mambo dancers, please contact us so that we can expand this resource.

Although the Palladium was the most famous of Latin dance venues of the era, numerous other New York venues regularly programmed Latin music in the 1950s and 60s, including:

Juliet has choreographed two dances based on her research into Palladium Era Mambo, Fragments of a Salsa History (with Sean Wilson, 2007) and Ritmos de Posibilidad (2009).Below are short excerpts from each piece with comparison footage from Palladium Era dancers embedded into the shot.

Excerpt from Fragments of a Salsa History, choreographed by Juliet McMains & Sean Wilson:

Funding for research on Palladium mambo dancers was provided by: University of Washington Royalty Research Fund